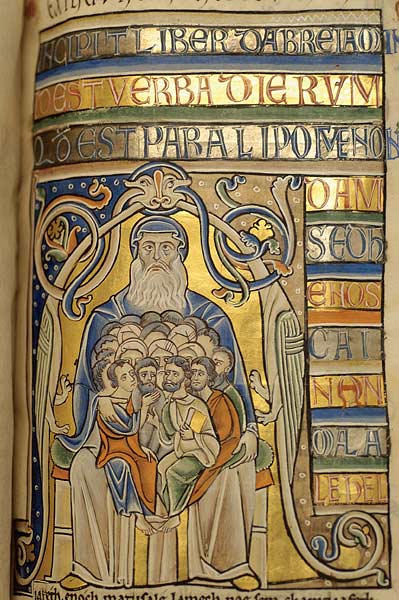 The Near and Middle East are the cradle of two of the world’s three great, so-called monotheistic religions: Judaism and Christianity. The roots of Judaism reach back into the extremely distant past of high antiquity, while Christianity arose like a quirky manifestation of the debates that were raging in the Roman province of Judea, at the beginning of our era. It first spread westwards, into the Roman world of the Mediterranean. Its later expansion towards the east, in the direction of Iran, central Asia and even beyond, resulted in part from the schisms during the Byzantine era, which pushed Nestorian Christians towards the lands of the Sasanian Persian Empire, where they were to experience contrasting fates. As for Islam, though born in an out-of-the-way zone of western Arabia, at the beginning of the 7th century, it rapidly joined these other two, already well-established religions, after the expansion of tribes outside the borders of the Arabian peninsula and their installation in lands that had previously been Judaic or Christian.

As we all know, the Quran claims a continuity with the great figures of the Old Testament, as well as having a representation of the figure of Jesus. But subsequently, it was in confrontation, rather than in an interaction with the religions that preceded it, that Islam developed. It constructed a theology, a legalism and a mysticism which were to build up the Muslim religion as it has come down to us today, through its currents and its schisms, with Sunnis and Shiites as the two main currents, but with Nusayri Alawites and the Druze as separate branches of Shiitism in the Middle Eastern zone.

Since the Arab conquests did not aim at conversion, from a religious point of view, and recognised the so-called religions of the Book, Judaism and Christianity were able to continue to develop and evolve with a minimum of obstacles in the Muslim world, except for a few isolated incidents of restriction or violence. Progressive conversions to Islam hardly affected the Jewish communities scattered across the Muslim lands. The Jewish elites supported for several centuries the fruitful exchanges with the Muslim thinkers who were their contemporaries. As for the Christians, who made up the majority of the populations of the Near East and Egypt, they slowly turned to Islam, while still leaving a very active minority of Christian communities of various observances. These communities, which started to adopt Arabic in the 10th century, including in their liturgy in some cases, only followed from a distance the general evolution of Christianity, as it was taking place outside the Muslim lands. It was only as of the 16th century that they became more directly associated with the European confessional conflicts, and divided into Catholics "united" with Rome, and the "Orthodox".  It was in this context that the Maronites, originating from a 7th-century theological dispute, united with Rome at the time of the crusades, affirming their perpetual Catholic orthodoxy and their immemorial loyalty to the Pope. The main consequence of the violent episode of the Crusades (1095-1291), with the establishment of Latin states on the Mediterranean rim of the Near East, was to reinforce in the Muslim world the status of Jerusalem as the third Holy City of Islam. But, at the same time, the Church of the Holy Sepulchre remained the focus of a power struggle between the Eastern and Western Christian confessions, which argued over sharing this site, successively obtaining decisions in their favour from the Muslim powers (the Mamluks, then the Ottomans).

The real turning point, as a prelude to the modern period, was that of the relations between the kingdoms of Europe and the Ottoman Empire, above all as of the 16th century, through the Echelles du Levant. These port towns, and a few sites in the hinterland such as Damascus, Aleppo and Cairo which were associated with them, meant that, over and above the market economy, which was their main objective, relations on other levels, to start with in the fields of culture and religion, could be strengthened. Western travellers were the great conveyers of manuscripts in Turkish, Arabic and Persian for the so-called Orientalists, in other words scholars interested in studying the countries of the East, and in particular Islam. There can be no doubt that this presence also facilitated innovation and the importation of new technologies. The Christians of the East seemed to have benefited the most. So it was that the first books printed in the Arabic script in the Ottoman Empire, in the 17th century, were religious texts destined for local Christian churches. It was then necessary to wait until the end of the 18th century, under the reign of the reformist Sultan Selim III, for the Ulama’s resistance to be overcome so that Muslim religious texts could also be printed.

However, at the end of the 18th century, history brutally went off on new tack, when Egypt and the Levant area became targets for the power games of European nations, in particular France, Russia and Britain, all three of whom were involved in imperial expansion. The Ottoman Empire tried to react, by reforming, introducing the principles of representative and constitutional government, equality before the law and Ottoman citizenship. But the hostility of some of the population to these reforms, the action of foreign powers to "protect" non-Muslims, and the rise of the idea of the nation state, meant that these attempts failed. World War I completed the dismantling of the Ottoman Empire with the affirmation of national consciousness, accompanied by ethnic definitions of faith groups. The Turkish Republic, founded on a racial conception of the nation, was a necessary step to counter attempted occupation or being placed under the tutelage of the western powers. In 1923, it abolished the Ottoman Sultanate and the fiction of a caliphate which it was supposed to embody, while at the same time putting an end to Ottoman ethnic and confessional pluralism. The Arab nationalism which then emerged was contained by the "Mandates", entrusted to France and Great Britain over the states of the Near East, before the various nations obtained their independence after a fight. Everywhere, Islam became one of the main components of national identity. Brutally stripped of its most striking symbols by the abolition of the caliphate, it went on the defensive and tried to compensate the frustrations of the present by adopting a mythical view of its supposedly pious forebears, the Salaf of the Ummah, the fantasy community at its origins. Non-Muslims, seen as forming "minorities", felt progressively marginalised or excluded from these new states. One of the events that was to have the most far-reaching consequences was the arrival in the land of Palestine of Zionism, another nationalism that had been invented in Eastern Europe in the mid-19th century, which advocated the foundation of a Jewish state. The confused historical circumstances at the beginning of the 20th century, as well as the support of Britain (the Balfour Declaration of 1917) allowed Zionism to take form, despite the of resistance of the local Christian and Muslim populations. After the tragic events of World War II, and the extermination of the European Jews by the Nazis, the division of Palestine into two states was decreed by the UNO in 1947.  The State of Israel, the continuator of Zionist ideology, was founded in 1948.

The general history and comparative system of the Semitic languages, by Ernest Renan. 1863
List of contents