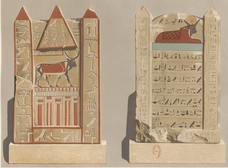 From its birth at the beginning of the 19th century, until the end of World War I, oriental archaeology was practised across a vast territory under the authority of the Ottoman Empire.

Oriental archaeology concerned Anatolia, as well as Egypt and the entire Near East. However, the close connection between the discovery of cuneiform inscriptions in Persia and the development of the first archaeological projects, means that the field of oriental archaeology should be extended to Iran.

The history of this discipline is set in an international political context, which determined how it was exercised and developed. Thus, it is not possible to analyse French oriental archaeology on its own, while ignoring other enterprises carried out by other western countries (Germany, Great Britain, Russia, the USA), in the common perspective of dominating the struggles of influence and interests with the Ottoman Empire and in the countries born from its dissolution. Oriental archaeology and its development are linked to the political situation of the countries in question and the foreign policy conducted by the western powers. For example, the Expedition to Egypt and Syria, the foundation stone of Egyptology, was primarily a military campaign conducted by Bonaparte to counter Britain’s “Great Game”.

In the Near East, as in North Africa, French archaeology had to adapt to the political upheavals that occurred in the countries where it was being practised, for example 1946 for the Near East, and 1952 for Egypt.

Read the rest of the article :

The Description of Egypt
Egypt