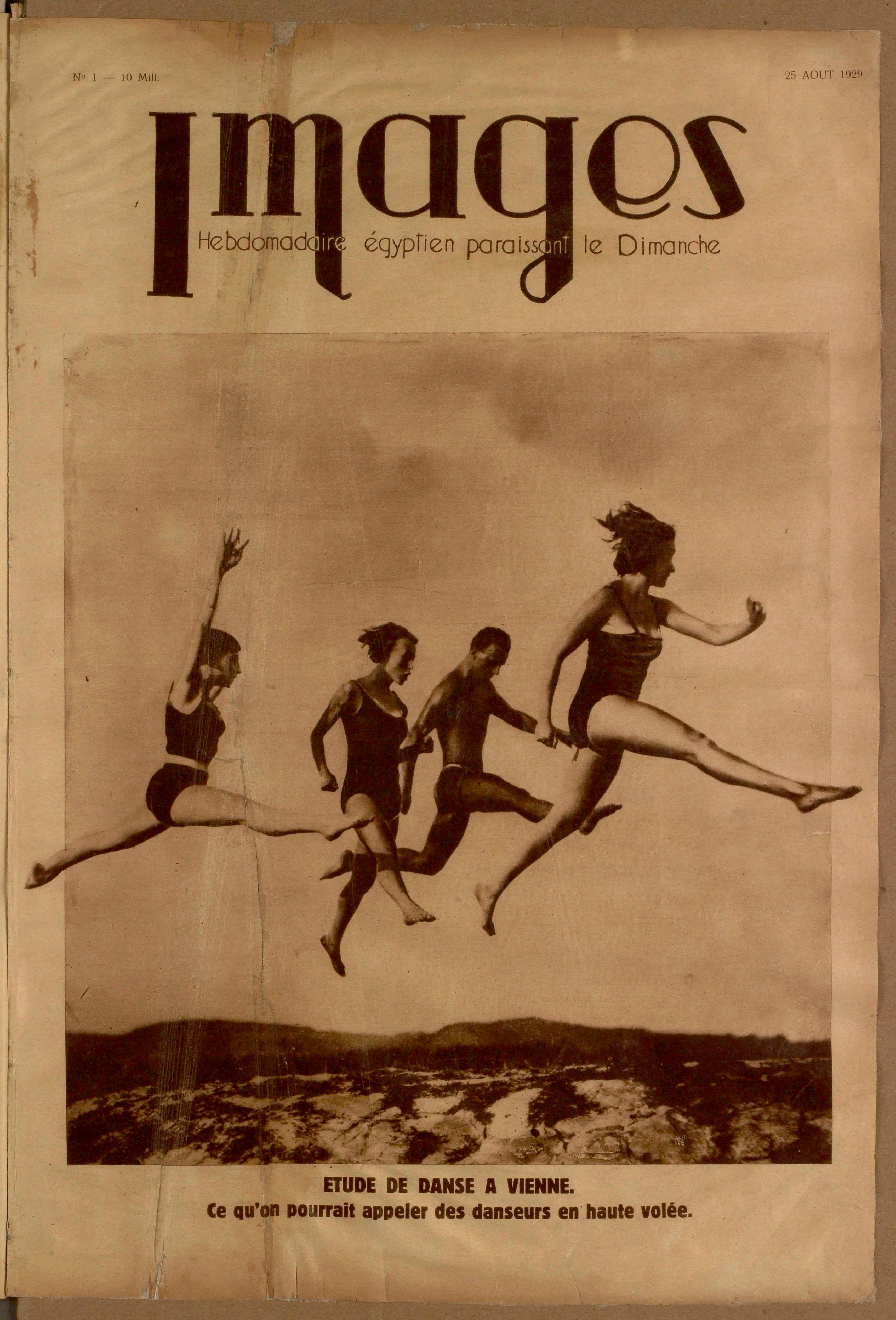 Images was a weekly Egyptian magazine which was published in French from 1929 to 1969. The publishing house Dar al Hilal, run by the Zaidan brothers, was part of the great period of expansion of the francophone press in Cairo.

While periodicals were flourishing at the time (especially L’Égypte nouvelle, L'Égyptienne or La Semaine égyptienne), there were no illustrated publications and it was by filling in this gap that Images gained an immediate and lasting success (there then appeared in Arabic Al-Mussawwar [The Illustrated] et Al-Dunya al-Mussawwara [The World in Images]).

For forty years, Images presented current political and social events, scientific advances and literary and cultural developments, through the associated use of texts and pictures (mostly photographs, but also diagrams, maps, humoristic drawings and caricatures). Clearly explained by the editors in the first issue, this choice came from the observation that modern society was changing, with citizens’ pace of life accelerating frenetically, leading to alterations in habits, with readers no longer having the time to “devote themselves to serious, methodical reading” (no 1, 25th August 1929). In this context, images “had become quite clearly documents which are as precious and important as a detailed, profound study”. Illustrations would give readers “an exact idea of the evolution of our society and the changes our world is going through”. This periodical thus intended to offer a new reading of the world, suited to modern life, a reading which would not just use the written word, but also allot an important place to a choice of iconographic languages, allowing readers to view information synthetically, and thus more quickly.

The launch of Images was set in the line of the development of illustrated periodicals which occurred in the 1920s, which in France witnessed the arrival of Vu, founded and conceived by Lucien Vogel in 1928, which is an obvious model of Images, even if this magazine never explicitly alluded to his connection. The layout, the structure, the particular use of photography as well as the printing techniques used, such as rotary heliography, or rotogravure – a new practice allowing for the printing of large formats in large quantities, while adopting a very flexible layout and respecting the halftones of photographs – were all common points between the two magazines.

Images evolved over its forty years of life, and experienced several phases. Between 1929 and 1939, it reflected the then boom of Cairo’s social life, to which it contributed, playing the role of a cultural diary in its “Mondanités” section, and becoming a cultural mediator through the publication of summarised transcriptions of speeches, meetings and conferences. After the Second World War, and until it ceased publication in 1969, the magazine became more political (international affairs and internal Egyptian politics), while high society reappeared in a more sensational and voyeuristic tone in the 1950s.